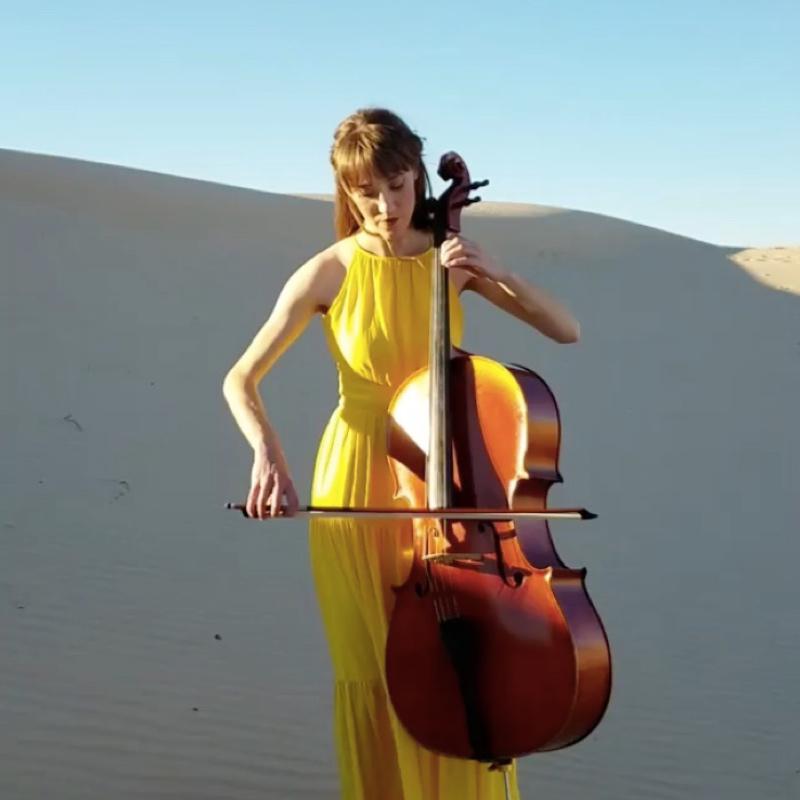 Having been classically trained on the cello and influenced by her professional orchestral experience, she is primarily known for a restrained style of composition and arranging that accompanies an intimate vocal style.

Her first collaborative EP, Sunfall, was released in 2017. In 2018, her recording of Saint-Saëns’ The Swan was featured by Halidon Music as the opening track to a compilation YouTube video which subsequently amassed over 50 million plays. She released two Christmas EPs in 2018 and 2019 followed by a fourth EP in 2020. Her first solo album, We Grow Up So Fast, was released on the Halidon Music record label in 2021 and is a bittersweet portrayal of a girl’s progression into adulthood. Her recent features and collaborations include a short film directed by Alex Zyuzikov featuring American Ballet Theater’s principal ballerina, Christine Shevchenko; a performance by flamenco dancer, Sophia Sena, to her cover of “Autumn Leaves”; and a music video produced by Harkels Puppetry for her recording, “I Feel It In My Chest” - an exploratory original that marks a departure into more dissonant and texturally experimental territory.

Always excited to share with her online followers, she posts consistently to her social media platforms and consequently receives mentions and features from online sites such as Buzzfeed, Classic FM, the Daily Dot, and Sir K.

“Much like fellow digital stars 2Cellos, Piano Guys, Kevin Olusola of Pentatonix, and That Viola Kid, Joy is evolving our idea of classical music.” – The Daily Dot

Read More
"Sunfall" is a collection of four, whimsical songs that are perfect for the beginning of autumn. Lyrics and melody by Neil ...